Committed to holistic spinal care and all things back related

What My Patients Say Mr Chatterjee is a Consultant Spinal Surgeon who practises at The Harley Street London Clinic and the Hospital of St John and St Elizabeth in North London. As the Director of Harley Street Spine and a founder member of Total Orthopaedics, he is known globally as a specialist who takes a holistic approach, ensuring his patients are not only aware of their back health but understand all of their treatment options. 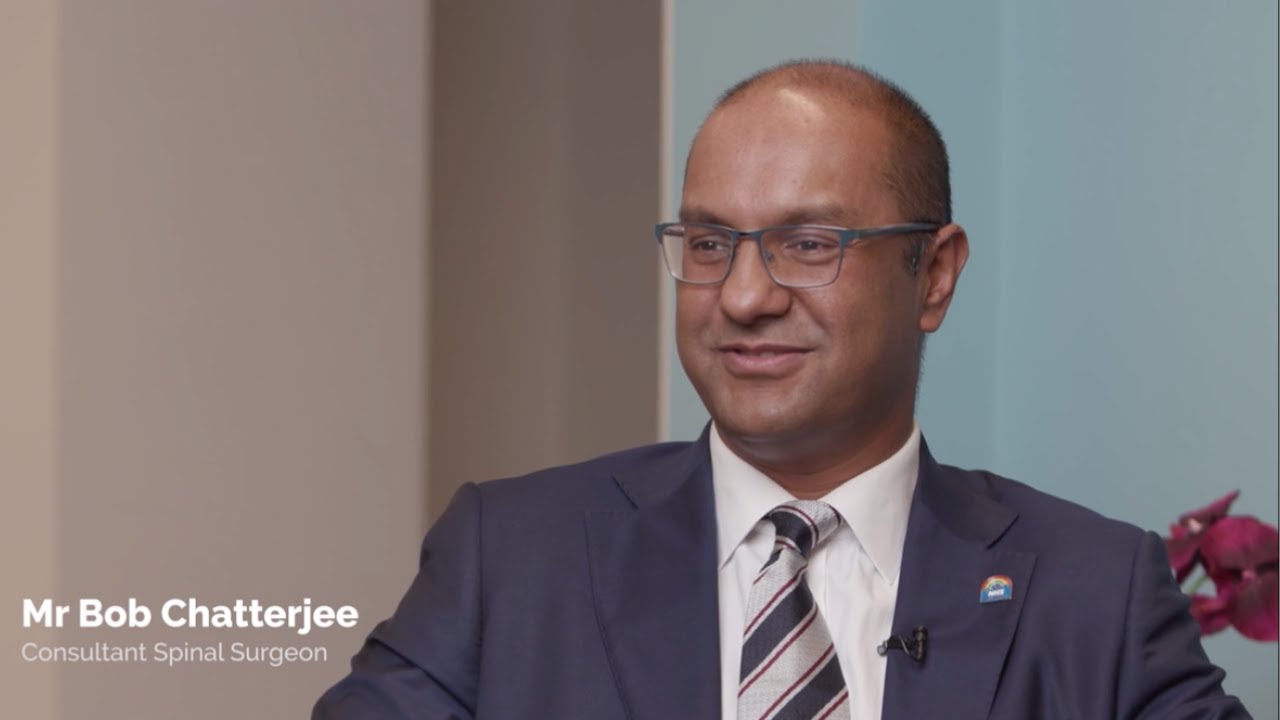 Mr Chatterjee is both the Director of Harley Street Spine and the Director of the Spinal Unit at St John and St Elizabeth’s Hospital. He also practises at The London Clinic.

He graduated from Guy’s & St Thomas’s Hospital, London, initially training in spinal surgery at Oxford. He was awarded a Culyer Foundation research grant at the Royal National Orthopaedic Hospital (RNOH), Stanmore where his research into bone regeneration gained a distinction.

He was awarded joint Neurosurgical and Orthopaedic Spinal Fellowship from the Royal College of Surgeons (RCS) of England and completed his neurosurgical training in Cambridge. In 2010, Mr Chatterjee was appointed as a Consultant Spinal Surgeon at the Royal Free Hospitals NHS Trust where he undertook all forms of adult spinal surgery exclusively.

Mr Chatterjee’s commitment and dedication to all things spine related is evident in the approach he takes to treating each one of his patients. He believes in his patients not only understanding their back but being aware of both non-operative   treatment options and operative treatment options. He takes a team-based approach, working and collaborating with outstanding physiotherapists, osteopaths, chiropractors, naturopaths, and pain management specialists to provide the most appropriate treatment solutions. Every single patient gets the same level of attention and care as he would give any member of his own family.

Among his many achievements, Mr Chatterjee is a trusted spinal advisor to the National Health Service (NHS). He is also a former President for the Royal Society of Medicine’s (RSM) Orthopaedic section, a consultant editor of several spinal periodicals and a Trustee of the charity BackCare. As a highly regarded tutor for Minimally Invasive Spinal Surgery (MISS), his passion for training junior Spinal Surgeons is evident. He is also a UK tutor for AO Spine (Swiss International Standards for Spinal Surgery).

​His opinion as a spinal expert is often sought globally and he has both appeared and written extensively for media and has been featured in several national newspaper articles for his expertise in spinal surgery. He also contributes regularly to spinal health and well-being magazines. Our consultants work out of several convenient locations in Central and Greater London. I also provide telephone and video consultations.

Total Orthopaedics are committed to holistic and patient-focused care.